Processing...
Tickets
There are no tickets needed for this FREE event.
We are no longer accepting reservations but you can come on down and see if we can get you a spot.

Join us starting at 7:30 on our patio with LIVE music!

Justin Garner ticks the boxes of singer, songwriter, and performer. With no breaks in sight, the Plaquemine, Louisiana-born artist has cemented his place in the industry by creating and performing original music, covering top hits, and
writing songs for today’s biggest artists.
Adding to his accolades, Garner’s music has been featured on Spotify’s New Music Friday. He’s also bolstered his stage performances for new and existing fans, a sign of constant improvement. This year, he performed at the 50th New
Orleans Jazz & Heritage Festival during which he opened for Katy Perry, Leon Bridges, and Logic. He also took the stage at the 25th Essence Festival featuring host and former First Lady, Michelle Obama, and headliners, H.E.R. and Mary J.
Blige. <br>
http://justingarner.com/ <br>
@thejustingarner <br>
FB: @OfficialJustinGarner

Matt Michienzie was born in Boston, MA. Growing up, he was inspired by classic country and blues artists like Johnny Cash, Stevie Ray Vaughan and The Band . Likewise, his style was influenced by more modern blues and jam bands like Dave Matthews Band and Blues Traveler. Throughout his childhood spent in Foxboro, MA, Matt played in various bands and was even in the local orchestra as an upright bass player. An avid fan of country music and bluegrass, Matt emulates an older sound in a modern setting. 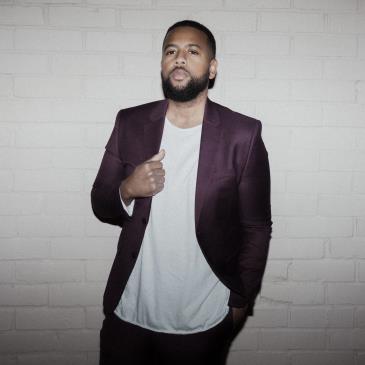