“THE BEST OF BOOM BOOM ROOM PRESENTS AT JAZZFEST”

Do you remember your first Late Night Show in New Orleans for Jazzfest?

Was it on Frenchmen Street?

You were with us and we were together as a positive force.

Can you remember the constant roaring whisper of Nitrus Gas into birthday balloons emerging from that dark vacant lot on Frenchmen and chartres?  HaHaHa.

JOIN US and PLEASE SHARE THIS EVENT to spread the word.

Boom Boom Room Presents respectfully asks that you please donate to our campaign and tell everyone you know about this urgent call to action: that we can only continue to make magic happen and re-open our doors again with your help:  We face permanent closure without a concerted effort by everyone, everywhere, donating and sharing our emergency rescue fund campaign. Gofundme.com Boom Boom Room Covid Rescue Fund.

to join together in this party as we get funky and witness a First Ever Broadcast of previously unreleased, ultra-rare Video performances from the Boom Boom Room Presents Late Night Shows Archives!

This night is sure to be an epic super jam, as Eddie Roberts of the New Mastersounds joins forces with DJ Logic and a cast of funky musicians. This all star group creates an EXPLOSIVE sound & this project will be non-stop boogie! Starring bassist Victor Little of Robert Walter's 20th Congress
+ Jazz Mafia's Mike Olmos on trumpet along with New Orleans own Khris Royal of Rebelution on Saxophone, Chris Spies of Honey Island Swamp Band on keys and Jermal Watson of Glen David Andrews on drums these sounds are guaranteed to be out of this world FUNKY. 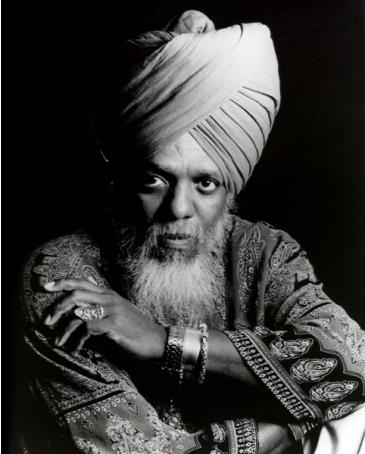