Processing...
Tickets
Tickets are available for $12 at the door

Growing up in a musical household, Kiana enveloped herself in finding her own sound. Drawing influences from iconic soul artists such as Lauryn Hill, Corinne Bailey Rae, and Aaliyah, Kiana takes this inspiration and molds a musical vibe of her own. As Kiana grew into her sound, she found a way to meld soul, folk, and R&B. She's been described in the past as an effortless storyteller with a unique genre that distinguishes her from the others. During her time in the industry, she has collaborated with artists such as Jay Squared, JBDK, Michael Wavves, and others. She’s performed in venues across Philadelphia, Pittsburgh, New York City, Los Angeles, and Lancaster, PA.
https://www.instagram.com/kianacorleymusic/
https://www.facebook.com/kianacorleymusic
Spotify

Laura Rizzotto is a Brazilian/ Latvian singer/songwriter based in LA. She has shared the stage with acts like Demi Lovato, Colbie Caillat, Rosanne Cash and worked with Grammy Award winners like maestro Eumir Deodato & more. The "girl from Ipanema" has worked as a Portuguese vocal coach for Jennifer Lopez, released 2 albums and 1 EP, and also represented Latvia in the Eurovision Song contest in 2018, the biggest music festival in the world, with her original song "Funny Girl".

B Hope And The Legends

Up-and-coming artist Bethany Hope is a true force to be reckoned in the musical world. Possessing incredible expertise in the genre of Pop and having immense musical experience on hand, the artist is well-equipped when it comes to playing around with different aspects of music and coming up with unique tunes. Expanding her horizons, Bethany Hope has just released her brand new album.

Bethany Hope is a talented pianist, producer, and vocalist. She used to model with Ashton Kutcher before he was on That 70’s Show. She has performed at the Rock n Roll Hall of Fame as well as worked with Britney Spears.


C-Blanch
C-Blanch is a versatile LA-based musician known for his thought-provoking lyrics, which are typically rapped over hard-hitting, self-produced beats or are sung over stripped-down acoustic guitar melodies. The experiences and perspectives that he has gathered while calling various cities home (Boston, Singapore, Madison, Austin, and LA) have molded his open-minded approach to music creation – no two songs of his are alike. C-Blanch has spent years refining his craft and he hopes to positively impact the lives of others through his lyrical themes and live performances, as other musicians have done for him - he is excited that you are on this journey alongside him! 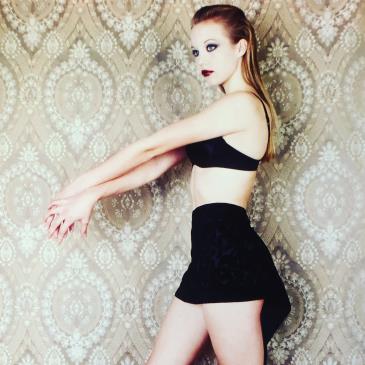 B Hope And The Legends / Laura Rizzotto / C-Blanch / Kiana Corley