Think of Arlie as a classic car with modern parts: it has the timeless charm of what your grandparents used to drive, but instead of being an antiquated death trap, it’s got great gas mileage, heated seats, Bluetooth, and face recognition. Arlie believes you can create art that’s both vintage and futuristic, beautiful and practical, elegant and accessible. If that all sounds too good to be true, take a listen to the band’s brilliant debut, ‘Wait,’ and see for yourself.

“I’ve always been drawn to the harmonic structure of music from the 40’s and 50’s and 60’s,” says Arlie frontman Nathaniel Banks, “but I’m also fascinated by modern production technology. With Arlie, I wanted to make something that paired vintage aesthetics with a progressive mentality.”

In its earliest form, Arlie consisted solely of Banks writing and recording on a laptop in his dorm room at Vanderbilt University. He was at once an artist, engineer, and producer, learning to digitally emulate old tape machines and analog mixing boards as he captured songs firmly rooted in his 21st century life. The music was uptempo and infectious, with dreamy, washed out guitars, groovy drums, and effervescent keyboards all swirling beneath intimate, understated vocals. In his spare time outside of class, Banks teamed up with guitarist Carson Lystad (a classmate at Vanderbilt), drummer Adam Lochemes (a student at nearby Belmont), and multi-instrumentalist Tyler Waters (who was studying at UNT) to fill out Arlie’s live lineup. The band started off small at first, building up a local buzz playing house parties and DIY art gatherings around Nashville, but things quickly kicked into overdrive when their debut single, an absolute earworm called “Big Fat Mouth,” started climbing the Hype Machine chart and landed on several prominent Spotify playlists. A couple million streams later, Arlie was signed to Atlantic Records, headlining their own tours, and sharing bills with the likes of Rostam and Cold War Kids.

“We reached this fork in the road where we had to decide what kind of band we wanted to be,” says Banks. “Ultimately, instead of trying to act like we’re too cool to care or have ambition, we decided to put all our energy into making the best music we can make and reaching our own potential.”

For ‘Wait,’ Banks teamed up with co-producer Andrew Sarlo (Big Thief, Local Natives) and mixer Jason Kingsland (Youth Lagoon, Belle and Sebastian) to help bring his demos across the finish line. Whenever possible, they utilized the raw tracks from his bedroom recordings in order to preserve the magic and the spontaneity of the original performances, fleshing them out and filling in any gaps with subtle effects and creative studio touches. The result is playful but profound, ecstatic but unassuming, a seriously great EP that doesn’t take itself too seriously. It’s a delicate balance, but it’s one that comes naturally to Arlie, a classic band with modern parts. 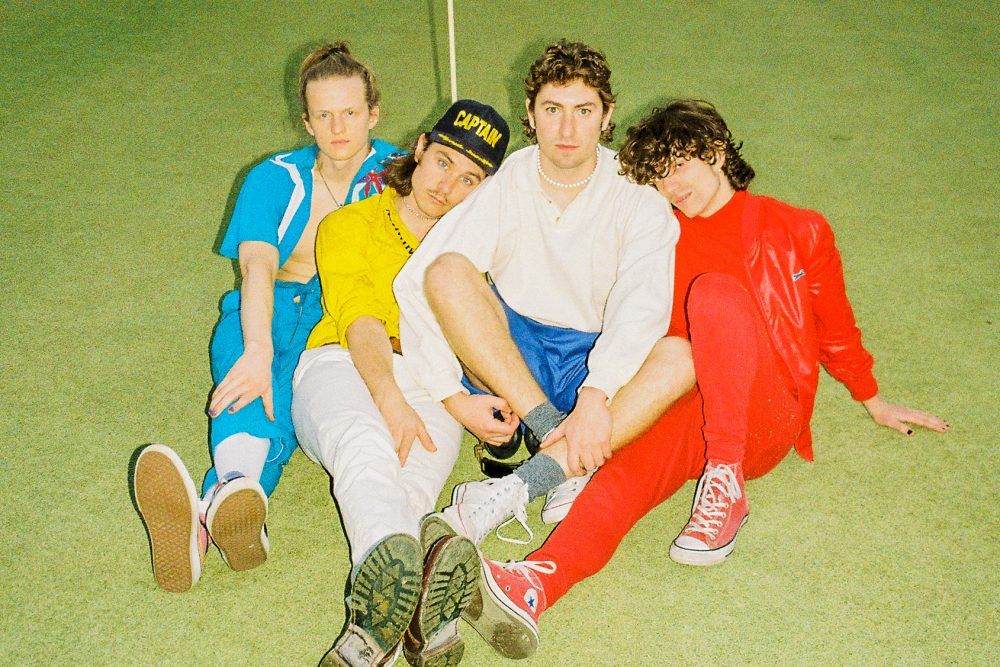