If each song on Anjimile Chithambo’s introspective 2020 debut, Giver Taker, was its own self- contained micro-journey of grief, hope, and identity, then their subsequent orchestral Reunion is fitting as a homecoming. It’s almost an extension, or sequel, to the ideas of rebirth Chithambo began excavating last year -- a simultaneous resettling into, and reimagining of, their songwriting.

Reunion features airy, emotive string compositions from the Los Angeles-based musician and composer Daniel Hart, known for his work with bands like Polyphonic Spree and St. Vincent, as well as his film scoring work for Pete’s Dragon and A Ghost Story. Here, Anjimile’s songs are built out with violins and guest vocalists. Fellow indie musicians Jay Som, SASAMI, and Lomelda lend their voices to the three tracks, which also feature the same backing vocals from major Giver Taker collaborator Justine Bowe of Photocomfort. The framework of Anjimile’s pastoral, compelling songs blooms into something cinematic and swelling on this EP, a loving and hopeful tangle of discovery.

Chithambo was struck by the new interpretations of his songwriting, the way they resonated with him, and the feeling of hearing a truthful translation of your own words through someone else’s delivery. He explains of his collaborators: “Their sensitive and thoughtful interpretations of these songs give me the feeling that we're connected, and that we know each other on a deeper level - the same internal place from which music moves us all.”

Jay Som’s “In Your Eyes (Reflection)” feels like looking into a mirror, and the sensation of truly being seen for what you are by another person. It’s the original song taken and gently shifted to her point of view. “Maker (Refraction),” as handled by SASAMI, skews psychedelic, a tangle of phased-out vocals and disorientingly beautiful harmonies; she takes Anjimile’s songwriting and refracts it through her own artistic lens. And Lomelda’s “1978 (Reunion)” is strikingly tender. For Anjimile, Lomelda’s take feels like the original song being brought to its purest essence of sweet, sad hopefulness - which rings through in Lomelda’s singing like the clearest bell.

It also speaks to the striking honesty of Chithambo’s lyrics and songwriting, and its ability to resonate so deeply, regardless of form. Even when sung from a different mouth and made anew, the music is still distinctly Chithambo’s voice.

For Chithambo, hearing their songs anew felt like some sort of metaphysical reunion between themself and SASAMI, Jay Som, and Lomelda. The EP also marks a reunion for Chithambo and their beloved label, Father/Daughter, as well as the reunion with their close friend and collaborator Bowe, while binding together songs from Giver Taker in a new form.

“I think of reunions as something either explicitly celebratory: family reunion, holiday, wedding, a joyful event -- or something explicitly elegiac, like a funeral or memorial,” Chithambo explains. “I feel like this dichotomy is a subtle nod to the dichotomy of human existence & human emotionality that Giver Taker suggests.”

Austin, Texas-based songwriter Christelle Bofale will be the first to tell you the importance of family roots and mental health, considering how much those things aided her own self-discovery. As a songwriter, she infuses hints of the Congo into various aspects of her music, bridging the musical influences of the diaspora with juxtaposed elements of indie rock, soul and jazz respectively. 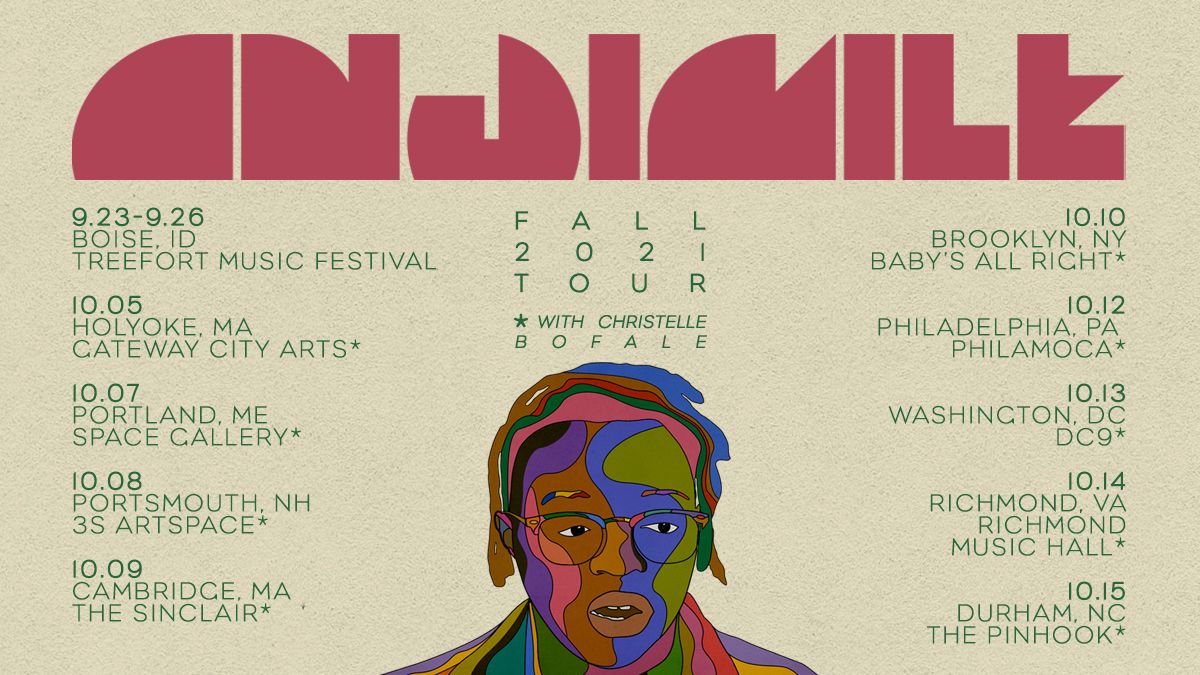