The Animation Block Weekend Pass will give badge holders admission to all screenings and events listed below at the Brooklyn Academy of Music (BAMcinématek).

Animation Block Weekend Passes can be picked up at the Services Window at the Brooklyn Academy of Music - 30 Lafayette Ave, Brooklyn NY 11217 from 12pm-9pm between July 25-27.

Program 5: Animation for Kids - Animation Block Party presents a fresh collection of the year’s best family-friendly animated shorts in festival competition, including a handful of select cartoons from the major studios.

Program 7: International Program One – Animation Block Party presents a blend of the best animated shorts from around the world.

Program 8: Best of 5 Second Day will highlight the best quick cartoon ideas from Titmouse Animation. One of the largest independent animation studios in the world, Titmouse encourages their animators to take a day of from work every so often and complete a short of their choosing.

Program 10: John Hubley Centennial: John Hubley had his hand in some of the most defining cartoons of the 20th Century, including early Disney classics like Bambi and Fantasia, Mister Magoo, and shorts for Electric Company.

Program 12: International Program Two – Animation Block Party presents an original collection of stellar animation shorts from all over the world.

Animation Block Weekend Pass includes an ABP DVD three-pack, which can also be picked up at the Services Window at BAM - 30 Lafayette Ave, Brooklyn NY 11217 from 12pm-9pm btw July 25-27. 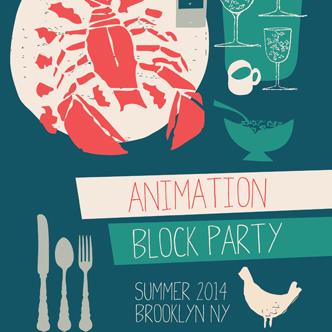 Show Map
View 30 Lafayette Avenue in a larger map
We use cookies to provide you with the best experience possible. By using See Tickets, you accept our cookie policy.
Accept
ftr1:0