Angela Hunte got her start in music as a background singer and writer for some of your favorite acts! Most notebaly co-writing and co-producing Jay-Z and Alicia Keys' Grammy award winner 'Empire State of Mind'. Despite her massive success in the world of songwriting, Angela Hunte decided to take a step back and fine tune her craft. While the 2020 pandemic happened, like many others stuck in lockdown, it led her deep into personal introspection. For Angela, it was a time to really dig deep into what she wanted to say, how she wanted to say it, and the direction she wanted to go as an artist. The dedication to her craft inspired her to move forward in a familiar, but new direction. Now she's ready to take centerstage with a reintroduction to this music world with her new album Mango. Performing live at SOBs, May 27th | 7pm. 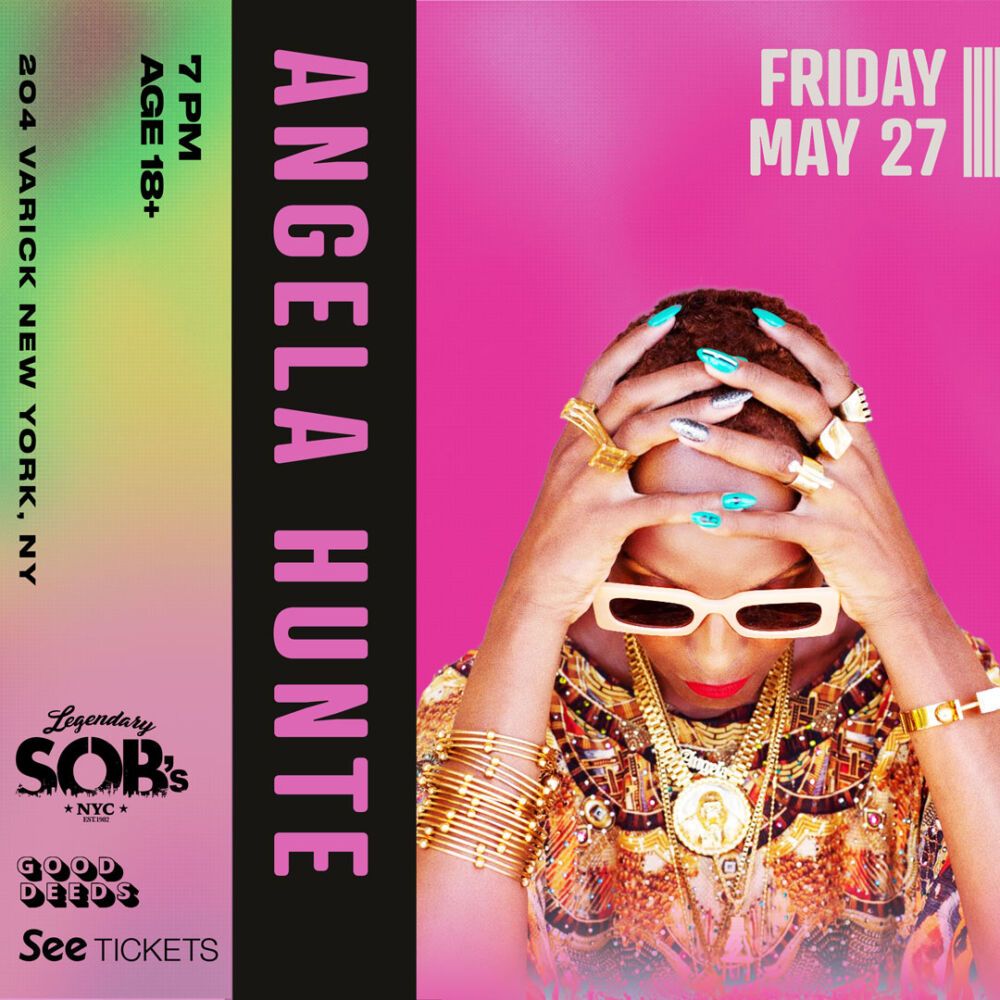