Andrew McMahon in the Wilderness

Safehouse Lounge and Concert Hall doors will open at 6 pm.

Andrew McMahon in the Wilderness will be on stage at 7pm!

Andrew McMahon has had a winding road to this artfully balanced life. This is a man who was diagnosed with cancer at 22 years old, on the cusp of releasing his debut album (as Jack's Mannequin). Who got married the following year and then took on an arduous schedule of touring and album releases. Who was nominated for an Emmy Award for his song “I Heard Your Voice in a Dream” on NBC’s Smash. Who sold nearly 2 million albums in a little more than a decade. Who, for much of that time, was struggling underneath the weight of it all.
Despite these outward signs of success - beating cancer, getting married and an Emmy nom - McMahon says the road to recovery was “a rollercoaster ride” that took the better part of a decade. “I decided to take time away from the business of making music so I could pay attention to everything else. I left my label, my management and the name I had been making music under for the better part of my 20s. I moved out of Los Angeles. It was a metaphorical hard reset.”
Andrew McMahon in the Wilderness is the self-titled debut album that was released October 14th, 2014, through Vanguard Records, led by the first single “Cecilia and the Satellite”, officially released August 12, 2014. “‘High Dive’ asks the question ‘If I had never gotten sick, where would I be?’” says McMahon. 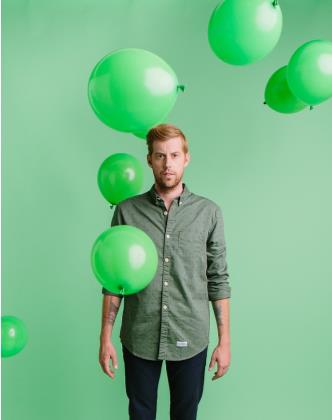 Andrew McMahon in the Wilderness