An Hour with Dulce Sloan!

As a correspondent on Comedy Central's The Daily Show with Trevor Noah and hailed by Variety Magazine as a Top 10 Comedian To Watch, Dulcé Sloan is one of the sharpest, fastest rising voices in comedy. She has been named by Rolling Stone as one of the 10 Comedians You Need To Know and was hailed by Timeout LA as a 2017 Comedian to Watch. She has also been honored as the 2016 NBC Stand Up Showcase Winner, a Montreal Just For Laughs New Face and as a Comedian to Watch on The Steve Harvey Show.
Please arrive 30 minutes prior to check in to guarantee seating. Seats are subject to be released 15 minutes after the show begins. 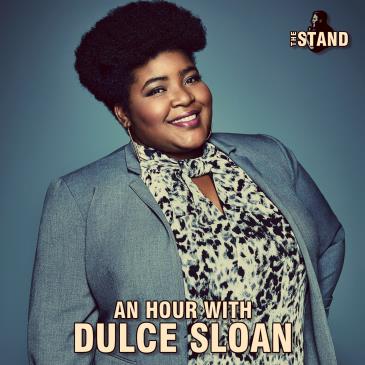