All That Remains - The Fall of Ideals 15th Anniversary

Singer Phil Labonte went through Marine Corps boot camp with the intention of becoming a mortarman before returning to heavy metal months later due to an ankle injury.

∙ Labonte formed All That Remains after being replaced by Brian Fair in Shadows Fall.
∙ The band was nominated for Best Breakthrough Artist at the 2009 Metal Hammer Golden Gods Awards.
∙ Their breakthrough third album, The Fall of Ideals, cracked the Billboard Hot 100.
∙ On their 2017 album, Madness, the band covered Garth Brooks’ “The Thunder Rolls.”
∙ Labonte has a sweet tooth for such nonmetal artists as Sarah McLachlan, Skrillex, Justin Timberlake, Taylor Swift, Fergie, and Carly Rae Jepsen. 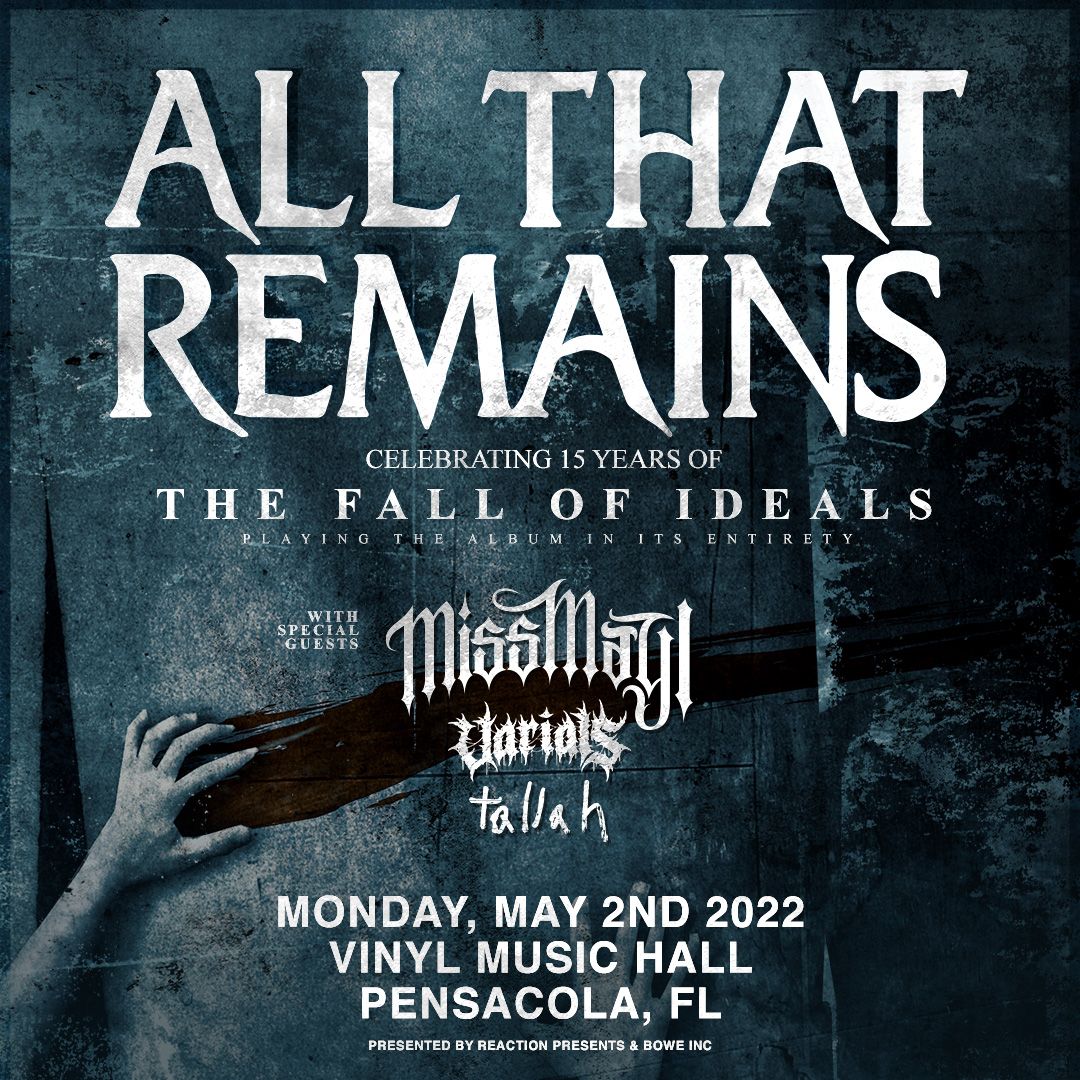 Miss May I / Varials / Tallah