Julia Jade
A queer-feminist singer-songwriter who has an opinion on everything. From LA to Boston to Nashville, Julia Jade has brought her penchant for introspective storytelling and songs of social conscience everywhere she’s gone.

Jade creates quirky, piano-based indie pop with something for everyone— thought-provoking lyrics for the dreamers and witty/sarcastic one-liners for the skeptics. Her style is most notably equated to those of Dodie, Regina Spektor, Ingrid Michaelson, and Kate Nash. It is nearly impossible not to sing along to this suit-wearing femme who doesn’t take herself too seriously.

Paris-born, New York City-raised and Los Angeles-based artist Alexia Rev is an “anti-genre” pop artist whose music is making waves on both sides of the Atlantic. Born into a family of classically trained musicians, Alexia Rev was surrounded by a mélange of influences from Ray Charles to Elton John to Prince. The eclectic mix laid the foundation for her love of the anti-genre: her songs effortlessly blend influences across pop, funk, R&B and classic rock. The secret glue to her songwriting is a fixation on the universal essence of “the groove.” She often proofreads new songs by blasting them with her eyes shut to see how they evoke movement. As she puts it, “If I groove, I feel. If I don’t groove, the song is not good enough.” To date, her danceable retro pop has been highlighted by global tastemakers such as LeFutureWave, The Hype Magazine and A&R Factory. Her debut single, an upbeat summer anthem titled “Lemonade,” received nationwide airplay in stores like H&M and Target. As Alexia Rev recalls, “I was leaving H&M ‘Lemonade’ played and all I could think of was: this is just the beginning.” Her follow up single “Growing Up” also received airplay from major radio stations and charted on Mediabase. After that, however, Alexia Rev decided to take time away from releasing to, as Alexia Rev puts it, “Really find my truth. I wanted to write more, to feel more and to experience life before I released another song.” Her new releases reflect this renewed vision, confidence and emotional depth. As Alexia Rev sums it up, “I want to make people feel deeply, and I do this through powerful melodies.” With a catalogue of new hits and a busy calendar of upcoming performances in Los Angeles, as she put it herself, “this is just the beginning.”

Kendra Celise is a singer/songwriter and audio engineer from the Los Angeles area.  Her music is reminiscent of artists from the 1970s such as Joni Mitchell, Dolly Parton, Stevie Nicks, and Linda Ronstadt as well as modern artists like Taylor Swift and Kacey Musgraves.  Her smart lyricism and acoustic guitar playing have been the backbone of her musical style since she started writing original material at the age of 13.  She is also the owner of Celise Sound, a recording studio in Covina.
www.Facebook.com/kendracelise
www.Instagram.com/kendracelise
www.YouTube.com/user/kendracelise

Eliana Rosen is a singer-songwriter from Los Angeles, California, who has been creating music for as long as she can remember. Her songs are a reflection of the myriad of emotions we feel when experiencing love, friendship, family, heartbreak, and insecurity. She currently lives in Calabasas, where she continues to look for inspiration in the relatable and what makes us human.

Eliana recently came out with her first single “make your way back home.” A song that’s filled with a lot of love, heartbreak, optimism, longing, and acceptance. You can listen to it on Spotify along with anywhere else you listen to your music. 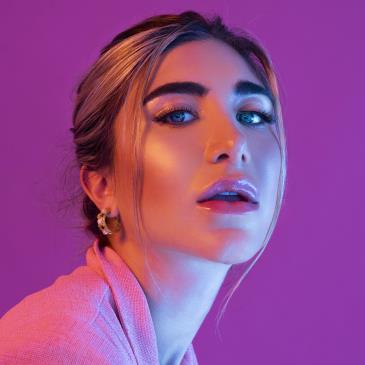