I'M A PERFORMER AT HEART,

I WANT TO SING,

BECAUSE IT'S MY PASSION.

IT'S MY JOB. AND IT'S EUPHORIC.

Alex Newell's voice makes the heart swell: it's a clean, undiluted instrument of joy, a voice that soars with the history of classic dance music and the freshness of modern pop. Newell's voice has always radiated warmth and energy, from his days in the church choir and local musicals to his acclaimed stint on Glee, to his music career launched alongside legends like Nile Rodgers and Diane Warren.

Now, it's about to take him even further: the 22-year-old is about to become ubiquitous has a multifaceted, innovative entertainer, with a flair for acting and dancing   to match his remarkable vocal ability. In any medium, Alex Newell's voice demands to be heard.

Perhaps the most striking thing about it, then, is that Newell has never had proper vocal training. He tried lessons once when he was a nine-year-old in Lynn, Massachusetts -- but it didn't go very well.

Newell was a gifted, rule-breaking talent long before those failed vocal lessons: at the age of two, he strolled onstage at a state fair's talent show, grabbed the   microphone and started singing a church hymn called "Victory is Mine." Growing up a few miles north of Boston, Newell had been immersed in the life of a churchgoer, following his father (a deacon) and mother (a choir singer) to church every day and falling in love with the most powerful hymns.

After learning how to harness his vocal stamina for extended choir performances, Newell developed a passion for musical theater; the ability to express himself through song-and-dance routines became an important part of his identity. Newell joined his first production at the age of 13 -- he starred as Snowbell The Cat in a local production of Stuart Little -- and received standing ovations each night.

At that point, Newell had long understood that his life would committed to entertaining others. "Everyone has a fallback, a plan b-- I never had a plan b," he says. "I've always relied on my goal to become a singer. In my mind, it was what I was put on this earth to do."

At 17, Newell landed his first professional stage production-- but that had to be put on hold for an opportunity to join the Glee world. Newell received a Facebook message inviting him to be a contestant on The Glee Project, a reality television series on Oxygen in which young entertainers competed to land a multi-episode arc on the Fox mega-hit Glee. Newell was immediately a standout on the show, and earned a two-episode after placing as a runner-up in season one of The Glee Project.Suddenly, the hopeful young star from a Boston suburb was on a Los Angeles set,standing next to his heroes Chris Colfer and Amber Riley in a Glee episode.

Newell's stint as Wade "Unique" Adams, a male-to-female transgender character in the Glee world, was a groundbreaking piece of television acting, and Newell was eventually promoted from guest star to recurring cast member to main cast member. For a longtime Glee fan like Newell, becoming co-stars with the show's original cast was a surreal experience."I fell in love with their characters, and then I fell in love with them as people," he says. "They're family members, and I'm stuck with them forever."

After conquering the television world, Newell's focus returned to his first love: music. A deal with Atlantic Records fell into place in late 2013, and opportunities began falling into Newell's lap: he worked with "Rather Be" stars Clean Bandit on their empowering track "Stronger," guested on the Knocks' dazzling dance single   "Collect My Love" and issued a magnetic cover of Sigma's "Nobody to Love."

"I'm just starting my career, and I have these superstars who have been killing it for so long and they're working with little old me," says Newell. "I sing loud and I sing high -- the rest, I just feel lucky!"

Newell is ready to unveil his first pulse-pounding recorded material, but he lives to sing for a live audience, just as he did as a 2-year-old. Whether shining bright at Coachella alongside Clean Bandit or commanding a room on his own, Newell remains a natural entertainer, and is ready to leave larger and larger crowds in awe.

"I'm a performer at heart," he says."I want to sing, because it's my passion. It's my job. And it's euphoric.” 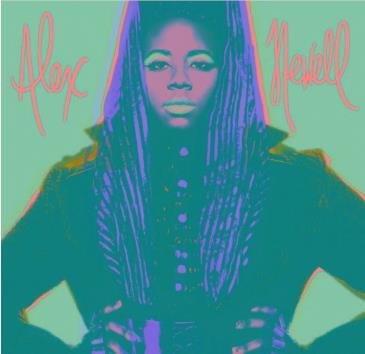