Growing up in Washington DC as the daughter of two accomplished artists, a drummer and a dancer, Alex's love for music started very early.

Alex began studying classical flute at age 7 and soon began improvising and sitting in on her fathers gigs. She later began studying jazz formally and became a member of Paul Carr's Jazz Academy of Washington where she got to play and sing all over the country with incredible musicians such as Randy Brecker, Javon Jackson, Warren Wolf and Carmen Bradford.

After high school, Alex moved to New York to attend SUNY Purchase as a James Moody Scholar and had the opportunity to study with world renowned musicians such as Gary Smulyan, Jon Faddis, Todd Coolman, Kenny Washington, Ingrid Jensen and Doug Weiss. Alex was also selected as a member of the Banff Jazz and Creative Music Program under the direction of Vijay Iyer and Tyshawn Sorey in 2017.

Alex has played at a variety of venues around the East Coast such as Smalls, Birdland, The Blue Note, The Stone, Dizzy’s Club Coca Cola, Rockwood Music Hall, The Falcon, The Kennedy Center, Bohemian Caverns, Twins Jazz and The Zinc Bar as well as many venues and festivals internationally such as The Telluride Jazz Festival, The Vienna Jazz Festival, Basel Off Beat Jazz Festival, The Jazz Educators Network Conference, Northampton Jazz Festival and The Washington Women in Jazz Festival. She has played in many different groups as a side woman as well as her own projects.

In college, she was a co-leader of the HD Quintet that released a full length album “Live in the Studio” and toured all around the East Coast. She now co-leads a duo project with her partner, Brazilian pianist José Luiz Martins that released an EP in 2019  “Vapor Trails” and has played all over the East Coast and Switzerland.

In fall of 2018, Alex was selected to be in the prestigious Focusyear band at the JazzCampus in Basel, Switzerland where she lived, studied and played for a year alongside masters such as Ambrose Akinmusire, Seamus Blake, Billy Childs, Guillermo Kien, Dave Liebmann, Jorge Rossy, Norma Winston and more. The band also recorded and released an album of original music "Open Paths'' as well as toured around Europe.

Alex is set to release her debut full length album with her quartet “And She Spoke”  in the Fall of 2021. This album is a collection of music by female composers that Alex arranged and music she wrote based on poetry by female poets, including Alex’s grandmother. Alex is also a 2021 recipient of the Chamber Music of America Performance Plus Grant where she and her quartet will be working with the great Ingrid Jensen.

Alex is also a member of the prestigious 2022 Strathmore Artist in Residency Class. 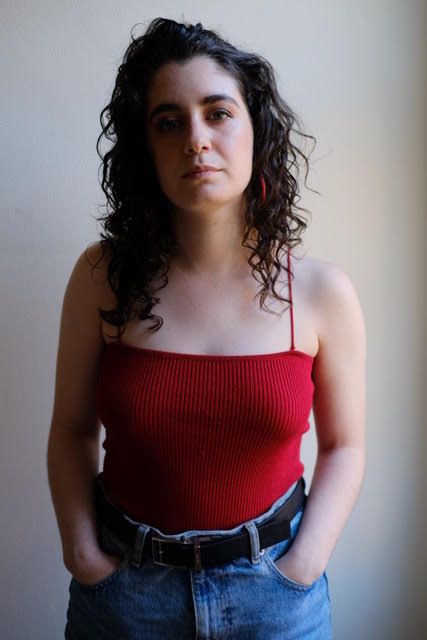