Influenced by producers like Tiësto and Skrillex, Canada's Adventure Club blended the sounds of their inspirations, offering a mix of slick EDM and floor-rumbling dubstep. Fully in touch with the digital age, Montreal-based producers Christian Srigley and Leighton James introduced their Adventure Club project with remixes and videos uploaded to the Web. They toured across North America in 2012 with no official product yet available, while 2013 saw them land gigs at the Ultra festivals in both Miami and Seoul, South Korea. That same year they dropped their debut EP, Calling All Heroes, featuring guest spots from vocalist Yuna and EDM producer the Kite String Tangle. ~ David Jeffries, Rovi 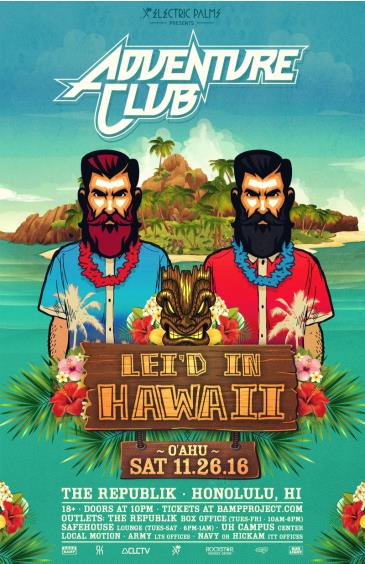