Adam Conover is an investigative comedian exploring the weirdest and wildest reaches of human
knowledge. He is the creator and star of the hit show, ADAM RUINS EVERYTHING, which went three
seasons on TruTv. The educational comedy shines a light on popular false impressions and trends.  The
New York Times calls it “one of history’s most entertaining shows dedicated to the art of debunking”
and refers to Adam as a “genial provocateur”. He recently wrapped his comedy tour of Adam Ruins
Everything Presents: Mind Parasite LIVE with Adam Conover. He also hosted the new game show, THE
CRYSTAL MAZE for Nickelodeon. Adam and his production company just wrapped a new informational
docuseries with President Barack Obama’s Higher Ground for Netflix called THE G WORD, based on
Michael Lewis’ best-selling book, The Fifth Risk.

Additionally, Adam recurred on the Netflix animated series BOJACK HORSEMAN and was a regular
panelist on VH1’s BEST WEEK EVER.  A writer and performer for CollegeHumor Originals, Adam also
wrote for VH1’s STEVIE TV and wrote and starred in the film festival darling THE EXQUISITE CORPSE
PROJECTt. He is a founding member of the sketch group Olde English, who performed at HBO’s Comedy
Fest in Aspen and was named “Best Sketch Group on the Web” by Cracked.com. As a standup comedian,
Adam can be seen regularly in the top New York and Los Angeles comedy clubs. 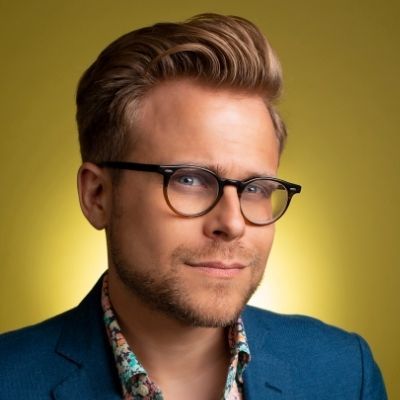