We’re in a dark nightclub. The DJ cues his own track, hits play, the beat kicks in and hands immediately go up in the air, seized by its irresistible groove. The next DJ – Judge Jules, setting up for his own set – sees the damage done and asks what the track is. The DJ passes it to him and Jules proceeds to put it straight back into the C-DJ and hit play… and then once more, to end his set. Jules then plays it on his Radio 1 show six weeks in a row, making it his “Tried and Tested” and saying on air that it’s “the best example I’ve heard of really getting the balance right: great chords, huge atmosphere and groovy undertone.” The track’s secretive producer is known only by the name written in indelible ink on the CD-R – Kryder – and the track is K2. Punters across the nation start clamouring to know who Kryder is. Debates surface on blogs and dance forums. Labels, managers, punters join the hunt to track him down.

Behind the visor, Kryder (still as mysterious as he is anonymous) is the producer to look out for in 2011, with his dwarf sidekick – the classically-trained Dokta Kaotika – and a circus freakshow entourage. “We’re producing music that stands up in any club,” says Kryder himself and that is backed up across the industry.

If music be the food of love, play on.” Morten's passion for music started early in life. He began DJ’ing at 14 and since then, the love for music has been the driving force behind everything he does. Like many DJ’s, Morten started his career by playing local venues in his home town of Aarhus, a city steeped in Viking roots and history located in central Denmark.

Morten turned pro at 19; his technical talent, electrifying stage presence and unique sound quickly escalated him to becoming one of the most sought-after DJs in Scandinavia, consistently performing at the biggest and most prestigious international events. Morten was voted Denmark’s Best DJ in 2008, 2009 and 2010 at the Danish DJ Awards.

In 2009, Morten teamed up with Danish producer Klaus Christensen, and together they created a unique and distinctive sound that is Morten’s trademark today. That same year, they released Morten’s award winning debut album, DROP! The album gained instant national and international recognition and the first single from the album debut at number one on the Danish charts, later going platinum. Morten’s second hit single “ON IT” was selected to Pacha’s annual compilation, a noteworthy recognition as Pacha is the undisputed king of house music. 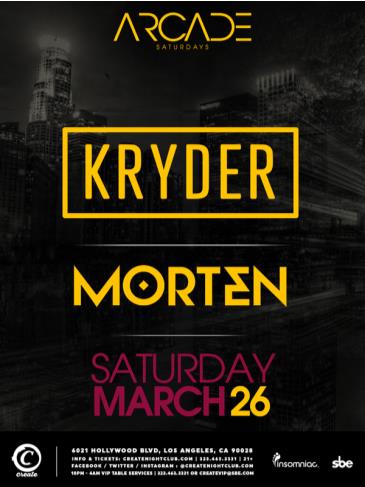