Since storming onto the Dutch music scene in early 2008, Holland based duo Firebeatz have swiftly merited a reputable and solid name for themselves from the start!

Youngsters Tim and Jurre met each other at the School of Arts in Tilburg, the Netherlands, where they discovered their musical chemistry and decided to join forces!

In the summer of 2008 they released their first productions including the track “Speak up” and shortly after, the follow up “We’re Going Back”.

Both tracks received lots of airplay on several Dutch radio stations like Radio 538 and SLAM!FM.

Quickly after this, they got booking requests for great festival gigs in the summer of 2009. With performances at Rockit Festival, Free Your Mind Festival, Zomerkriebels Festival and some nice residences they quickly made a name for themselves in the Dutch club scene. 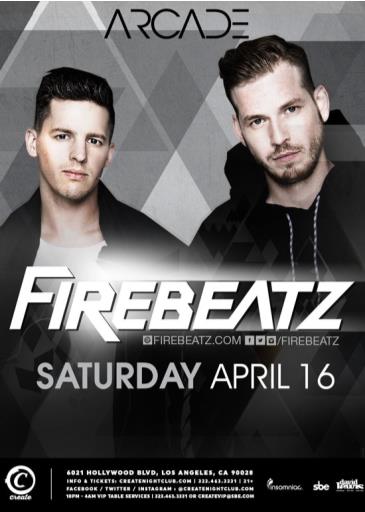