ALMA is comprised of Alba S. Torremocha (vocals, strings, bass, drums, guitar, uke) Lillie R. McDonough (vocals, piano, glock, violin, hammer dulcimer), and Melissa K. Carter (vocals, guitar). The trio formed officially in 2019 out of a shared delight in harmonizing and experimentation with quirky instrumentals and old-fangled synthesizers. They discovered a certain alchemy in the combination of sensibilities as film composers and audio engineers that has made for a genre bending offering to the wide world of indie pop. Elements of Folk, Rock, Grunge, Pop and even movie soundtracks are all at home in their songs.

ALMA leaned into the creative constraints of studio shutdowns through 2020 and went rogue with production at home that has become part of their signature sound. Armed with a mobile microphone and a DIY sensibility, they use airplanes as cymbals, parental phone chats as texture, slices of last year's Fourth of July Party, and even samples of Melissa’s roomie splashing in the tub to produce their music with the sounds of the world they inhabit outside of the recording studio. Their unique approach to production is grounded by ethereal vocal arrangements that form the core of their signature sound.

Their debut LP Mosaic is a personal letter to NYC. Each song delivers the story of a moment in time in the city they call home. Mosaic invites you to sit beside them on the subway, walk with them through Astoria park, and ride the Wonder Wheel at night as you feel into what it means to be a New Yorker. They have been releasing singles from the album since September of 2020 that have been written up in various publications including Glasse Factory, Sounds Good Blog, Envertent, Le Future Wave, We All Want Someone to Shout for etc.

ALMA was named a NYFA Fellow for their genre-pushing work in 2019, and later was an Awesome Foundation Grant recipient in 2020.

Raised in the urban sprawl of Brooklyn, Stranger Cat—the electro soul experimental pop project from Cat Martino —was born out of a respite in the wilderness. As most stories go, she was seeking a noiseless place for musing, but found instead a sentient beast stalking through the woods, be it animal, alien, or deity; she memorized its sound.

Stranger Cat has toured internationally from Carnegie Hall and Coachella to the Sydney Opera House, and was awarded a 2020 NYFA Women's Grant. Stranger Cat's debut album In the Wilderness was released on Joyful Noise Records in 2015, and NPR cites her work "Pairs high-energy production with soaring vocals that sound like a dare to be free", while Vice says she "Hangs in a starry galaxy alongside Kate Bush and Purity Ring". Her work offering Soundbaths, and with choirs and site-specific performance expand her palette to territories inspired by Meredith Monk and Pauline Oliveros, and her vocal/movement workshops unify communities and allow all persons to discover and express in their voice and bodies, while shining a light on various environmental and social issues. Cat is a workshop leader for Building Beats, a non-profit teaching inner city NYC kids to produce music. 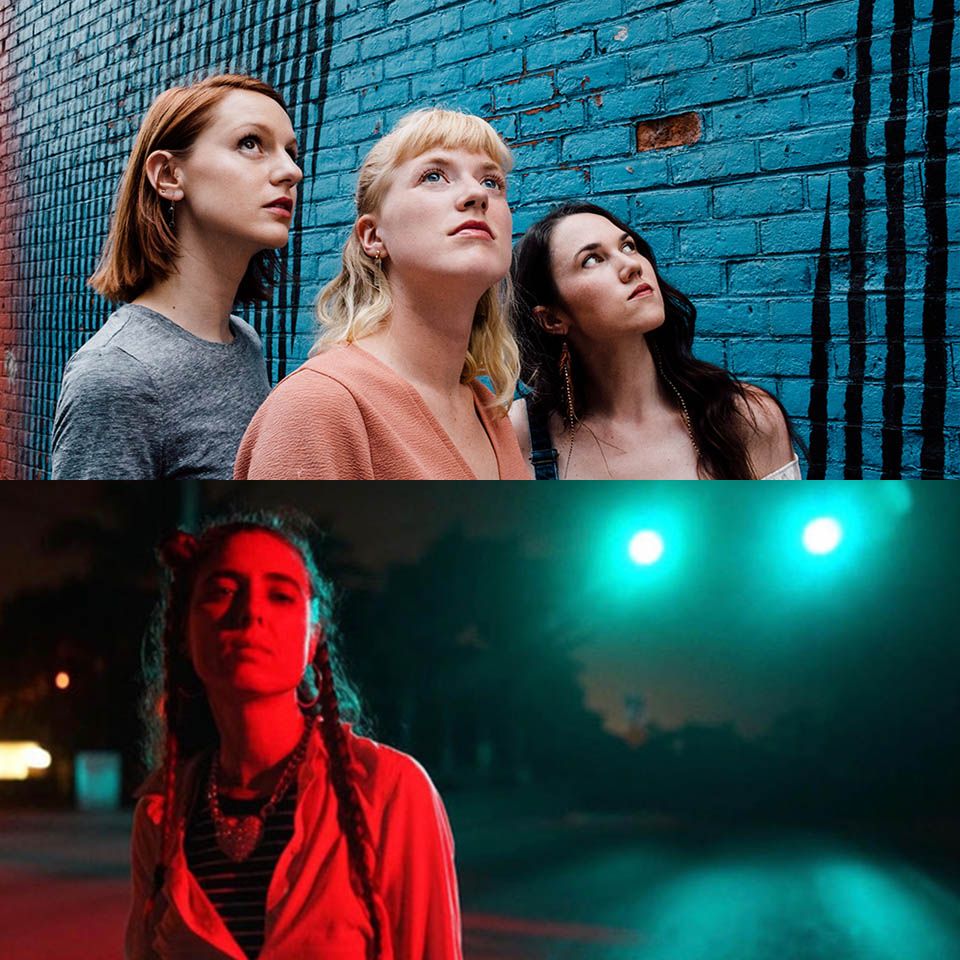