Hawaii Food and Wine Festival at The Modern Honolulu

The first event held on Oʻahu, A Lucky MODERN Buddha Belly puts a spotlight on Hawaii’s unique location as a culinary hub of the Pacific where East meets West. Join The Modern Honolulu as 14 esteemed international chefs showcase dishes inspired by the Lucky Buddha who is known for happiness, plenitude, and wisdom of contentment.

Included in your ticket purchase of $100 or more to the 2014 Hawai’I Food & Wine Festival is 1 year of FOOD & WINE ® (12 issues, value $12).  Offer valid in the U.S. for new subscribers only.  Limit one subscription per household.  Your first issue will mail 6-8 weeks from receipt of order.   This is a refundable offer - instructions will be included in the Welcome letter from FOOD & WINE magazine.

MUST BE 21 YEARS OF AGE OR OLDER

No one under the age of 21, including children in strollers accompanied by their parents, will be admitted to Festival events.  Please bring valid government-issued photo identification such as a driver's license or passport for proof of age.

ALL SALES FINAL/NO REFUNDS, NO EXCHANGES, NO REPLACEMENTS

All events, prices, performances, venues, dates and times are subject to change without notice. All sales are final.  This ticket will not be replaced, refunded or exchanged for any reason whatsoever.

RIGHT TO USE YOUR NAME, VOICE, IMAGE AND LIKENESS

By using this ticket, Holder grants Festival Organizer and its affiliates and licenses the irrevocable, transferable, perpetual right and license to publish, print,, display, record and use (by photograph, film, tape, aural devices and any other method or device) the Holder's name, voice, image and likeness while at the Festival (the "Recordings"), and the use of such Recordings for any and all purposes, in any and all media now known and hereafter devised.

As responsible members of the community, Festival Organizer recognizes the concern about drinking and driving, and its policy is to encourage responsible consumption of products at the Festival.  Please taste responsibly and use a Designated Driver.

Hawai‘i Food & Wine Festival and its affiliates, divisions, sponsors, advertising agencies, owners, partners, officers, directors, independent contractors, employees, agents, contractors and assigns (collectively, "Producers") assume no responsibility and shall have no liability whatsoever (including for negligence) for any injury, damage to or loss ticket holder's person (including, without limitation, wrongful death) or property while on the premises.  Holder voluntarily assumes all risks and dangers incidental to the event for which the ticket is issued ("Event"), whether occurring prior to, during or after the Event.  Holder voluntarily agrees that Festival Organizer, Hawaii Agricultural Foundation and each of these two separate legal entities' respective officers, directors, owners, affiliates, employees and agents acting by and through them, are expressly released by Holder from any claim incidental to Event. 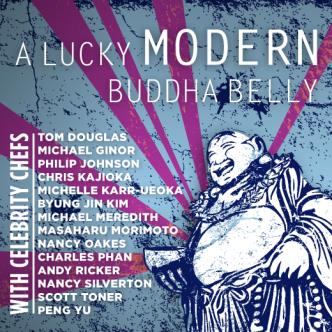 Show Map
View 1775 Ala Moana Blvd. in a larger map