Bleu started playing guitar and wrote her first song at the age of eight. As a shy and introverted child who was often bullied for being quiet, Bleu found both solace and her voice in songwriting. Music as a creative and emotional outlet became an integral part of Bleu’s life. As Bleu grew into her teen years, her writing evolved with personal narratives focused on love, pain, trusting one’s self, enduring hope and acceptance — universally relatable themes.

Influenced by artists such as Jack Johnson, Taylor Swift and Ed Sheeran, Bleu takes a quirky approach to her melodies and lyrics, with a stylistic nod toward alternative folk, combining a dash of country and pop, With the help of Producer Mark Dutton, Bleu is recording her debut full-length album (due out Early 2020), that will feature 10 original songs all written and performed by Bleu.

When she’s not in the studio or performing live shows around LA, Bleu is writing songs and rehearsing with her band. Bleu is also happiest at the beach, camping and traveling

Bleu released her full length LP titled "Blue Town" on May 15, 2020. Although tour support has recently been put on hold due to Covid-19 She most recently held direct support slots for LeAnn Rimes, and Nancy Wilson (of Heart) and Wilson Phillips.  In 2021, the burgeoning singer/songwriter intends to continue to dedicate herself to her passion for creating music and touring. 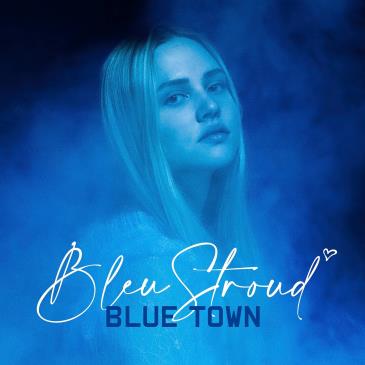 Show Map
View 4212 w Sunset Blvd in a larger map
We use cookies to provide you with the best experience possible. By using See Tickets, you accept our cookie policy.
Accept
ftr1:0