Live music is back as we kick off the 5 Points Outdoors 2021 series with a weekend of rocking rhythm and blues at Wasena Park in downtown Roanoke! Night two is Saturday, March 27th with jaw-dropping guitar master Eric Gales with Isaac Hadden Project. After being seriously sidelined last year, Eric and wife/percussionist LaDonna are roaring back, with a full band in tow, ready to make up for lost time.

Called "absolutely incredible" by Carlos Santa, Eric Gales has been releasing albums since 1991, when he was only 16-years-old. His blues and rock chops were formed with the help of his older brothers, who exposed him to the likes of Cream, Hendrix, Muddy Waters, and John Lee Hooker. Often associated with Hendrix because of his distinctive left-handed playing on an inverted right-handed guitar, Gales is worthy of praise for his solo jams and funky style. Gales' latest album, "The Bookends," was released in February 2019.
VIP tickets include a reserved pod with candle-lit table and a custom event poster. General admission pods are first come, first served the night of the event. Please visit Safety First in 2021 at 5 Points Events for more information about our safety protocols and how you can prepare for the show. 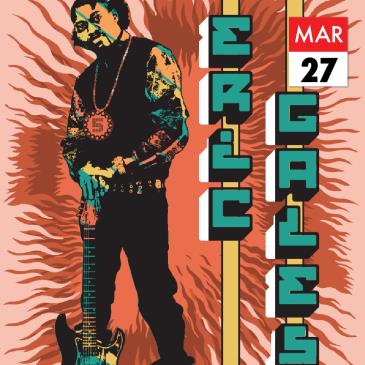