Tickets are not available. You can watch the Live-Stream at twitch.tv/moveforwardmusic, starting at 8pm.

38 Spesh, originally known as 38 Special, has been rapping since the early 2000s. In 2006, he appeared on Alive on Arrival, a mixtape by early supporter and fellow Rochester product DJ Green Lantern. By the end of that decade, Spesh had headlined a couple Lantern-presented tapes. Imprisoned for a couple years, the artist returned in 2012 with Time Served starting a constant dispersal of studio projects that continued through the end of the 2010s. Along with numerous solo releases, Spesh showcased artists on his TCF Music Group label with the Trust Tape series. On other releases, he was co-billed with Benny the Butcher (Cocaine Cowboys and Stabbed & Shot), Joe Blow (In the Mob We Trust), and Kool G Rap (the cross-generational Son of G Rap). Spesh closed out his second decade of activity with a handful of solo tapes highlighted by A Bullet for Every Heathen. 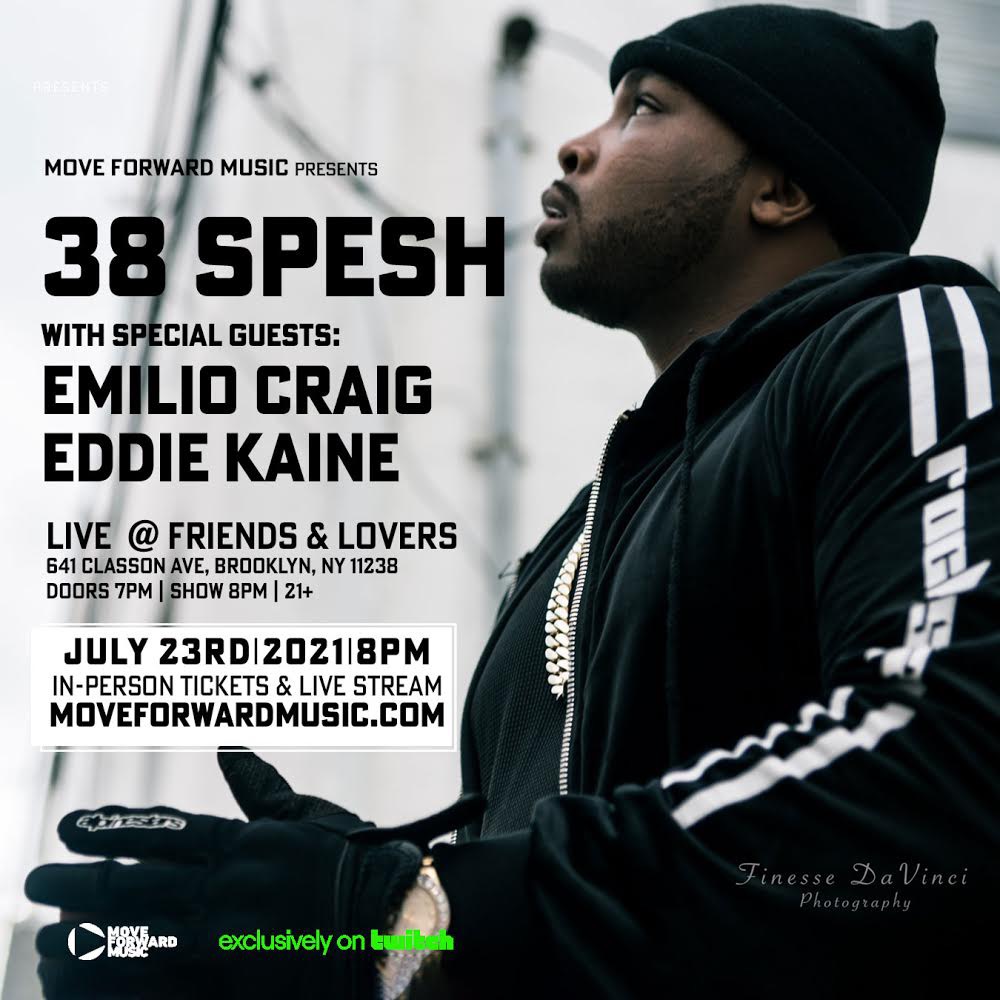