Hello HopMonk community - and especially those holding tickets for tonight's big event in Sebastopol. Considering the evacuations just announced in Windsor and Healdsburg, the widespread PG&E power outages, and the general air quality in and around West Sonoma County, we are cancelling tonight's Cirque Du Sebastopol show.
We're sure you'll agree this just doesn't feel like a night to party. We WILL be keeping the tavern @ HOPMONK SEBASTOPOL OPEN as usual with full dining service / bar and HVAC. As long as we have power, the TAVERN WILL BE OPEN.
We will be honoring ALL ABBEY tickets for tonights show on Thursday's All Hallows Eve event on 10/31 in Sebastopol w/ a $15 CASH refund at the box office.
Garden ticket holders for tonights show will be granted full access to the ABBEY (fungineers / ultimate fantastic) and GARDEN (silent disco) on 10/31 should you choose to join us.

https://wl.seetickets.us/event/All-Hallows-Eve-Vicious-Villains-soire/392359?afflky=HopMonkSebastopol
For full refunds please contact help@seetickets.us
We wish the best to all those affected by the fires… stay safe out there and remember we’re SONOMA STRONG !

Join us for our 12th annual 2 night - Cirque Du Sebastopol extravaganza !! Sebastopol's most legendary Halloween party. Every year the circus stops at HopMonk transforming the historic landmark into a vintage circus full of stilt walkers, clowns, zoltar's, cabaret shows, carny acts, cotton candy, pop corn, photo booths and much much more. NOT TO BE MISSED !
This year night 2 features all DJ performances by...
DAVID STARFIRE: w/ belly dance performance by Mahari
World Beat / tribal BASS
Named by BBC Radio as “One of the most brilliant world-fusion producers of our time”, David Starfire is known as the pioneer of the Global Bass genre. His unique sound has led him to share the stage with top artists including direct support for Bassnectar, and Skrillex. Billboard summed it up best, “David Starfire brings a unique perspective to EDM.”
David has performed at prominent festivals such as Winter Music Conference, Coachella, Outside Lands, Burning Man, Eclipse, and Lightning in a Bottle. He’s collaborated with the likes of Afrika Bambaataa, Sizzla, Ooah (The Glitch Mob), Beats Antique (Sidecar Tommy), Alex Grey, William Close, and the Grammy Award-winning vocalist Chaytanya. His Ascend album reached #7 on the iTunes World Music chart and he had two #1 remixes on the Hype Machine. He’s traded remixes with CloZee, Desert Dwellers, iLL Gates, and Beats Antique.
David’s signature sound has led him to perform public and private shows for Lucas films, Samsung, Sprint, Beats Audio, Google, Siemens, Nokia, HP, Symantec, Virgin Galactic, Roland, Digg, MacWorld, Best Buy, Flaunt Magazine, CAA, Red Bull, Warner Music, Atlantic Music, Industrial Light and Magic, Chobani Yogurt, Hotel W, City of San Francisco and many others. He’s performed around the world in exotic places such as India, Egypt, Thailand, Norway, Canada, Costa Rica, Mexico, Australia and most major cities in Europe.
David has released 4 albums and 7 EPs in the last 12 years as well as various singles and remixes. David’s songs are featured on several TV, cable, movies and video games. Some highlights include Lie to Me (FOX), Outsourced (NBC), Live with Kelly Ripa (ABC), ESPN2, Fox Sports, MTV, MTV2, Fuse, Showtime, HBO, EA sports and a Right Guard commercial. His songs are featured on several music compilations including Sony, Lonely Planet, Red Bull, Craig’s List, and his song “Shout it Out” was in regular rotation at Starbucks.
DJ Times “a wealth of heavy bass and world music influences…”
VIBE Magazine “L.A.-based music producer/DJ David Starfire is known best for his seamless fusion of signature bass styles with a diversity of music genres, including world and hip-hop.”
Huffington Post “His undeniable swagger of instrumentation between beats is exceptional.”
Yahoo Voices “A driving force in the tightly knit underground music community stringing from LA to SF.”
SOOHAN:
Long known within the festival community as a skilled performer, remixer, and producer, Maryland's SOOHAN (Stephen Suchan) has been taking over the underground and mainstream with a steady output of creative sample-based work. Entering 2018 with 5 albums and full-length projects under his belt, for a combined 2 million plays, he has singularly redefined success for the independent electronic musician, forging strong, personal, and lasting connections with musicians, industry, and fans alike across his extensive travels.
Newcomers to Soohan will find a treasure trove of remixed and sample-based works, celebrating regional dance and folk music the world over, with bass-heavy reinterpretation bringing sounds to enthusiastic audiences who would never otherwise experience them. Soohan's creative process has put him in touch with countless originators and musicians from all corners of the world, brokering a unique brand of global celebration and appreciation all too rare in modern remix culture. This year, he sets his sights on new original productions, in addition to more remixes and sample-based work that has made the bedrock to his sound.
BOSA:
A sonic merger of the primal and the refined, blending methodically composed electronica with world inspired live percussion. Utilizing globally sourced field recordings from their travels as independent musicians, Producers Stephan Jacobs and Sunev have crafted a sound that pushes the boundaries of house music.
The Bósa vibe is one of evocative contrast; the marriage of driving low frequencies and euphoric soundscapes, woven together seamlessly with ancestral percussion -Bósa is a sound all its own.
+ GABRIEL FRANCISCO:
Transforming from Dancer to DJ, Gabriel has found an evolution, moving from the floor to the decks. Knowing what dancers want, has provided a special insight on what to provide as a DJ. Gabriel has taken his love of music and movement abroad, dropping DJ sets all over Europe, Thailand, Mexico, Australia and New Zealand. Gabriel has as opened for Dirtwire, Dimond Saints, Random Rab, and MORiLLO to name just a few...
-For My People-
www.gabrielfrancisco.com
https://instagram.com/Gabrielfranciscoproductions
+ SILENT DISCO IN GARDEN TENT STAGE !
feat.
CHANNEL 1 = JUKE JOINT:
MALARKEY
iNi
CHANNEL 2 = BLUEPRINTS:
CANNBA$$
TELURYDE
HIGRADE
UNCANNEY
CHANNEL 3 = SILENT BOOM:
DANNY WILLOW
KAI LEONG
ARI POPPERS
DOORS: 9pm | SHOW: 9:30pm
$35 abbey + garden ($2 fee at door)
$20 garden (silent disco) only ($2 fee at door)
AGES: 21+
NO REFUNDS | ALL SALES FINAL
Tickets: After completing your purchase on See Tickets, you will receive an email confirmation with your attached PDF ticket(s). You MUST print and bring your PDF tickets AND VALID PHOTO IDENTIFICATION to be admitted for the event. You may download the See Tickets app and show your ticket on your mobile device for entry in lieu of printing.
All General Admission Tickets are Standing Room with limited seating. (Unless otherwise noted) 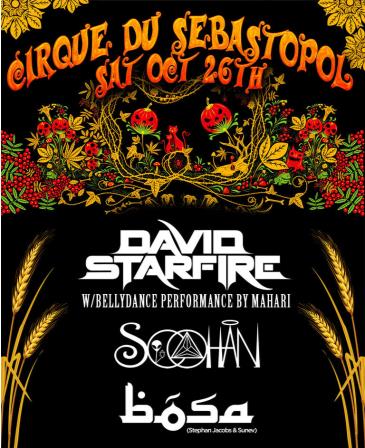