FreQ Nasty started his breakbeat career at Botchit & Scarper in the late nineties with his Underglass single. The single was cained by the masses and was featured on several DJ compilations (including Tipper's Hi Octane). Around that same time, Darin teamed up with B.L.I.M. to start Archetype Studios where the two beat-lovers banged out the seminal Funky As... single for Marine Parade under their High Prime guise. Darin has always been an seen as an originator in breakbeat. His sound can be dark and ominous, drifting and playful, steeping and funky...just about anything. Listening to his full length album Freaks, Geeks & Mutilations , one can hear the mass of hiphop and ragga influences pouring through the album. In the past couple years, Darin continues to dominate the breaksworld by expanding his affiliations to include Smart Systems label (Electric Kingdom compilation) as well as the mighty Skint Records. His Skint releases include "That's My Style" / "Goose" and "Amped" / "Transforma". These two releases show Darin's more swinging, steppy style, which gained them much acclaim from the DJs worldwide.

BOGL is a ninja, DJ and music enthusiast originally from Las Vegas, NV. With his parties, Soundpieces, Bogl has been able to host and play alongside current left-field artists from around the world in San Francisco and beyond for years. His charisma is like that of a friendly ghost; he is kept close to your heart as one would a godfather, while basically existing as an untouchable phenomenon. He’s become known for appearing out of what seems like thin air to play an eclectic selection of bass heavy productions, take you to an unfathomable dimension, then suddenly vanishing to another far off place. It make us wonder how it’s even possible for Bogl to exist.

His career has taken him literally all over the globe touring alongside artists such as Diplo and Truth, he’s been a resident at Symbiosis Gathering and performing Outlook, Shambhala, and BassCoast festival several times among others, and makes frequent stops anywhere from Asia, to Europe, to Canada. With his career as a DJ nearing ten years, Bogl is moving forward to release secret production projects with fellow bass music artists, while leading the rapid expansion of Soundpieces that already has a long-term established legacy of blowing minds with their “good fortune” music experiences.

Founder of FALSE iDOL MUZiK and the FUTURE TRiLL movement, MiM0SA has made a name for himself as one of the underground pioneers of the west coast EDM sound. Hailing from Los Angeles, CA, MiM0SA has traveled all over the globe selling out shows from US to the UK and OZ. His live performances have caught the attention of blogs such as Spin, who named him as one of the "Top 10 Acts at Bonnaroo" of 2012. As a result, he chalked up early triumphs at other festivals such as Coachella, EDC, Made in America, Ultra, Beale Street, Noisy Neighbors (UK), Sunshine Festival (OZ), Camp Bisco and Red Rocks just to name a few.

His latest work "House of Broken Mirrors" (release date March 6) displays his versatility as an artist. Whether it's big bass lines, sultry melodies or experimental music that just can't be defined, Mimosa has his own unique style that can't be imitated.
Mihkal
facebook
twitter

Music i Have Known And Loved.
Hi Grade 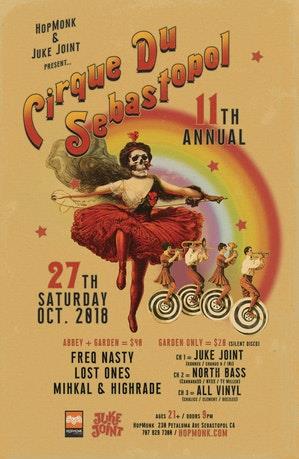