The M2duO, a duo of two Japanese women, who graduated from the Juilliard School as well as the Tokyo University of the Arts, is celebrating 20 years of playing together in the US and Japan. Billed as a “Japanese tango duo,” they not only play tango but also play oldies from their home country reinvented as tango pieces. This unlikely combination of Argentina and Japan might surprise many, however, the way those Japanese melodies fit in Argentine tango style is so natural that one wouldn’t realize they are not authentic tango tunes unless you are from Japan and know the original songs. The M2duO is thrilled to return to the Rockwood Music Hall after their last appearance in 2017.

Violinist Machiko Ozawa, a former concertmaster of Orquesta Sinfonica Sinaloa de las Artes, is a versatile violinist based in NYC for more than decades. Her most recent album, Mi Oblivion, became a top seller on the label, Composers Concordance Records in 2018.


As a performing artist, Ms. Ozawa has extended her musicianship to other styles of music, including jazz, Argentine tango, improvisation, and tap dance, among others. In addition, she has created her own style of performance called tapdanceviolin, which has been incorporated in some of her original compositions.
Ms. Ozawa was selected as one of the main cast members in the award winning musical Amor Latino at Thalia Theatre, in which she played as a tapdancer and violinist.
Ms. Ozawa’s playing could also be heard on the albums such as, Placido Domingo “Songs”(SONY CLASSICAL), Erwin Schrott “Rojotango”(SONY CLASSICAL), Importango”Tango For Import”(Panoramic Recordings), Urban Tango Trio”Urban Tango Trio”(PLATONIC), among others.

Ms. Ozawa received her formal training from The Juilliard School, Guildhall School of Music and Drama, and Tokyo National University of the Arts (Tokyo Gei Dai).

Ms. Ozawa is a Yamaha performing artist and she plays their electric violin, YEV104.

Makia Matsumura first became known as a composer and pianist when she was a youngster; in her late 20s, she discovered her calling as a silent film accompanist. She has since established herself as one of the most sought-after silent film accompanists of her generation, performing improvisational live piano scores for classic silent films at notable film festivals and film institutions around the world.

In her native country of Japan and abroad, Ms. Matsumura's works have appeared in symphony halls, theatres, museums, and clubs. Some of her works have been performed by the Civic Orchestra of Chicago, the Juilliard Symphony, the Henry Mancini Institute Jazz Orchestra, and the Saitama Prefectural Police Band (Japan); her soundtracks have appeared on ABC News, Japan Broadcasting Corporation (NHK), Turner Classic Movies, and are streaming on Netflix.

Her extensive performance experience includes appearances with the Hungary National Symphony, the Berlin Great Radio Orchestra, the Tokyo Symphony Orchestra, and the Kyoto Symphony Orchestra at prominent venues in Europe and Japan; silent film accompaniments at renowned film archives such as the Museum of Modern Art (MoMA), the Lincoln Center, the Library of Congress, the American Film Institute, the George Eastman House, the Pordenone Silent Film Festival (Italy), and the National Film Archives of Japan, among many others.

Additionally, she has contributed music to DVD releases of silent films, most recently for "THE INTRIGUE: The Films of Julia Crawford," "Pioneers: First Women Filmmakers" (currently streaming on Netflix), and "Pioneers of African-American Cinema", all available on DVD/Blu-ray from Kino Lorber.

Ms. Matsumura holds degrees in composition from both the Tokyo University of the Arts and the Juilliard School, and has lived in New York City for more than 20 years. 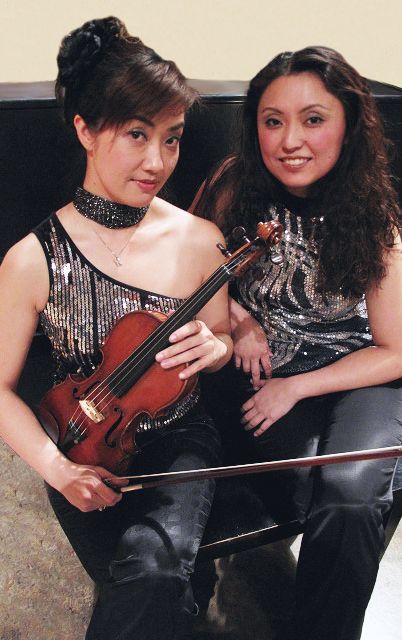