**Due to unforeseen circumstances, Hollis Brown at 118 North originally scheduled on 2/25/22 has been canceled. Refunds will be processed at point of purchase. All inquiries and questions may be directed to info@118northwayne.com **

Hollis Brown "In the Aftermath Tour"


Hollis Brown is an honest American rock band. The band was formed by Queens-natives and songwriters Mike Montali (lead vocals/guitar) and Jonathan Bonilla (lead guitar). Both first-generation immigrants (Italian-American and Puerto Rican-American, respectively), they soon found their musical brethren across America, recruiting Andrew Zehnal and Chris Urriola.
The independent act has achieved a significant amount of success since their formation in 2011. They released their debut album Ride On The Train on Alive Naturalsound in 2013 (produced by Adam Landry), garnering song and video premieres from Rolling Stone, Paste, and American Songwriter, Their 2015 follow up 3 Shots, garnered music placements in the worldwide trailer for the Michael Keaton film “The Founder,” the Willem Dafoe/Matt Dillon film “Bad Country,” Direct TV’s “Kingdom”; Showtime’s “Shameless,” and an online ad campaign for Abercrombie & Fitch.

Following a Lou Reed tribute concert in NYC, Alive Naturalsound asked the band to record a tribute to the Velvet Underground’s classic album Loaded, as a limited-edition vinyl release for Record Store Day. Hollis Brown Gets Loaded took on a life of its own, with airplay on influential radio stations, resulting in a full CD & digital release.

The band has toured extensively in America and Europe, headlining and supporting such bands as The Counting Crows, Citizen Cope, Robert Randolph, Vintage Trouble, Cyndi Lauper, and The Zombies. Building an impressive fan base on both continents.

Mascot Label Group signed the band in 2019 and released “Ozone Park” to critical acclaim. A year of constant touring for the band saw performances in forty-five states, Canada, The UK, and Europe.

Currently, the band is working on a tribute record to the Rolling Stones and their fourth album of original music for Mascot Label Group, both slated for release in 2022. 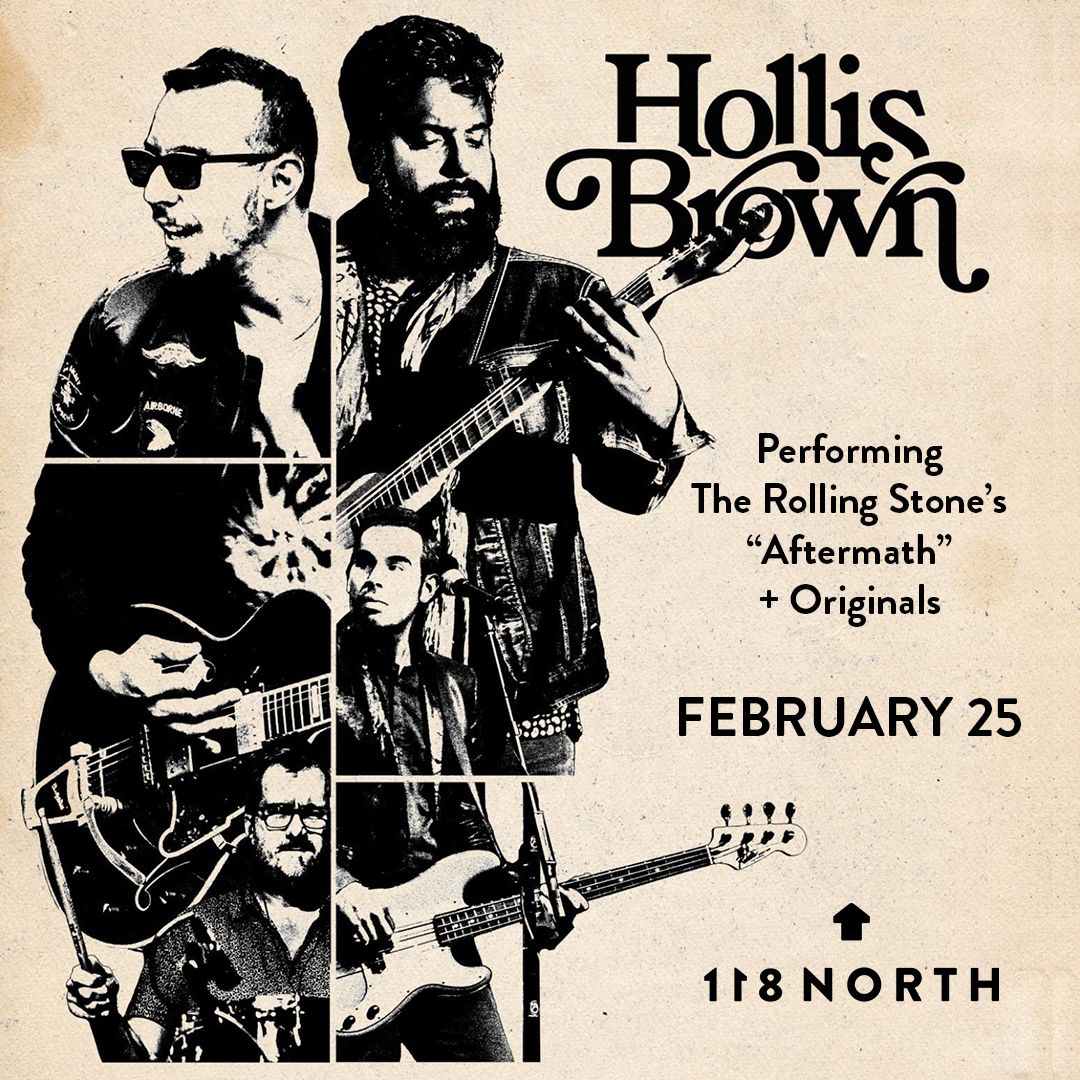