NO proof of vaccination is required for entry to this show. Click here for full details. *Subject to change.

Mask wearing is at each person's discretion but may be required based upon City of Philadelphia mandates.

Doesn't it seem like everyone's freaking out lately? !!! know the feeling well. The NYC dance-punk lifers have been chronicling the perpetual meltdown that is American society for nearly 20 years now, from the clattering full-band thrust of their instantly iconic 2003 single "Me and Giuliani Down by the Schoolyard (A True Story)" to the dark disco of 2017's wonderfully eclectic Shake the Shudder. Their eighth full-length, Wallop, follows in the band's grand tradition of plugging straight into our collective nervous system and sending funky, rubbery shock waves through the body politic. If you've found yourself rubbing your temples while contemplating the collapse of everything around us? Well, !!! are bringing the soundtrack to your next nervous breakdown. Like an apocalyptic jukebox, Wallop is jam-packed with various sounds and styles from dance music's rich history—from the pie-eyed psychedelia of Madchester-era English dance-rock to tunnel-vision techno and the flashy, bomb-dropping sound of UK grime. The candy-coated sounds of '90s rave loom large in Wallop's playful darkness, a callback to another era when everything felt like it was just about ready to fall apart. Diving into '90s retro nostalgia is good for us," frontman Nic Offer explains while discussing the sonic rediscovery at the beating heart of Wallop. "I know all the '80s stuff already, so it's like, 'What did happen in the '90s?' Because in the '90s, we were just listening to James Brown." 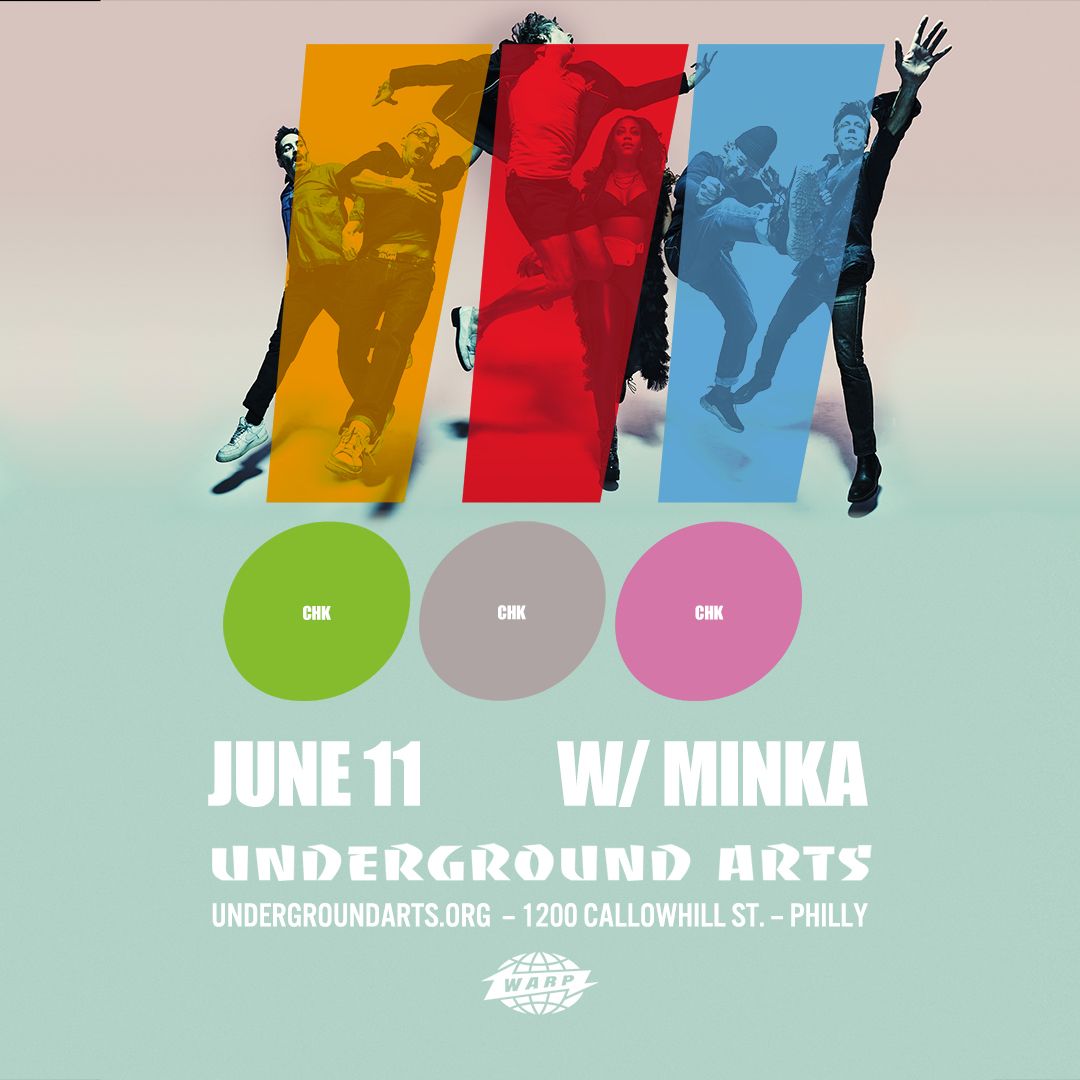